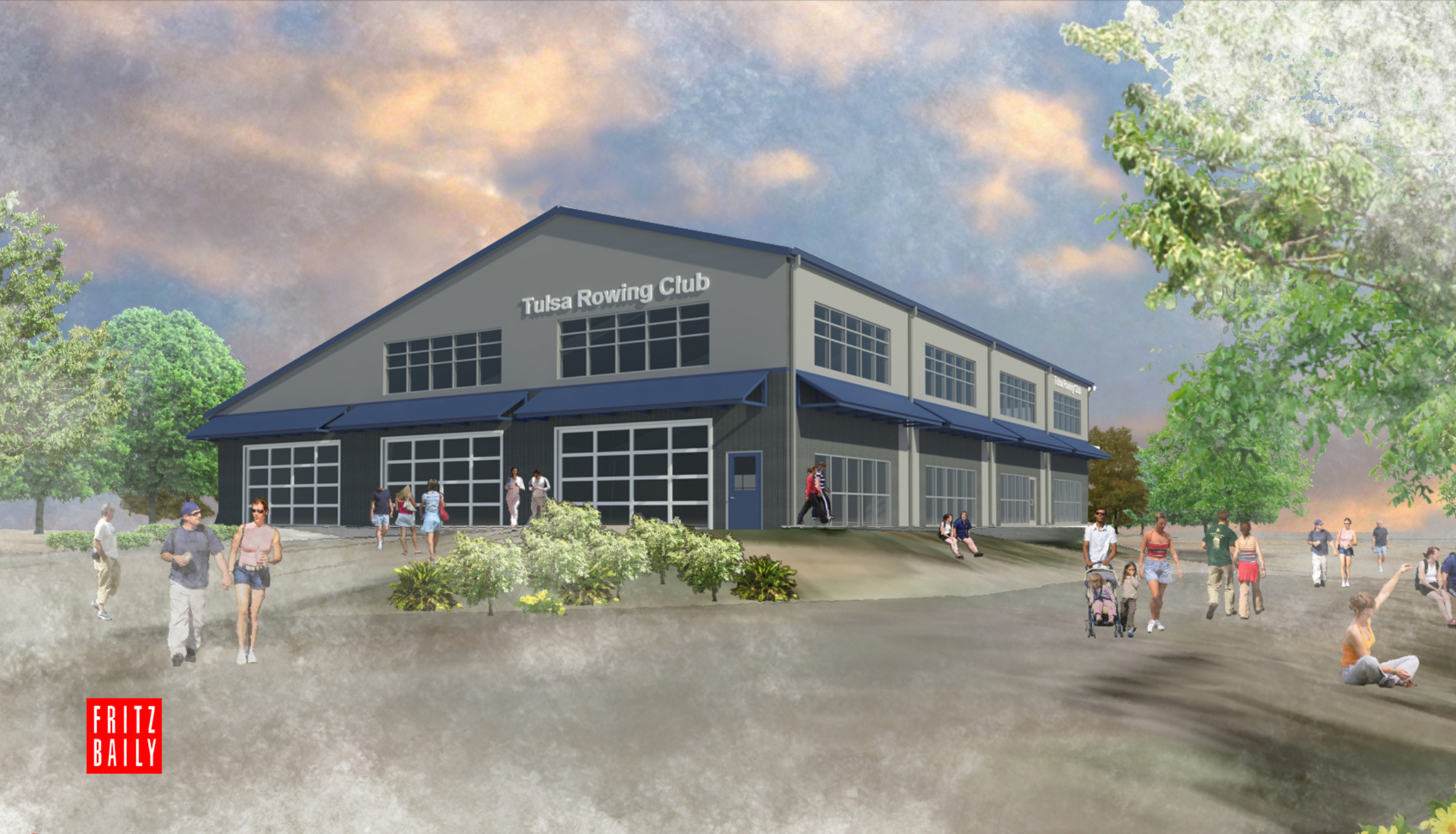 Spring 2019 Update –  The Boathouse is nearly complete! We anticipate a Grand Opening in June. We still need funding for the mezzanine, please help us finish the interior by donating today! Do you have rowing experience? Come back and row with us! We want to rebuild our membership after the fire and are looking for people with previous experience. We have a competitive and non-competitive groups. There is a place for you in our club!

Boat house Design – The Tulsa Rowing Club has released architectural renderings of its new boathouse on the west bank of the Arkansas River that will replace the original 1991 boathouse destroyed by arson fire in 2016. The new boathouse, designed by Fritz Baily Architects, will be situated at the same location as the previous structure, across the river from downtown in Tulsa River Parks Authority’s River West Festival Park area, near 21st Street and Jackson Avenue. The new structure will include three boat bays to store boats. It also will be taller to allow for an upper-story mezzanine-type workout area.

The estimated cost to replace the boathouse is approximately $500,000. The club has insurance funds to replace it with the previous design – but not for the increased cost of a design that meets the requirements of the city’s new River Design Overlay (RDO), which was passed after the boathouse was destroyed. The new building began construction in Spring 2018.  However, to complete the mezzanine, the club needs an additional $120,000,  for a workout space above the boat storage for training facilities for the Master’s (Adult) program and club’s companion high school rowing program, Tulsa Youth Rowing Association.

Tulsa Rowing Club has launched a fundraising effort to secure additional money to complete a boathouse that meets the City of Tulsa’s new building requirements for structures along the Arkansas River. For those interested in assisting with completion of the club’s boathouse on the Arkansas River, donations can be made here by clicking on the Donate button above.